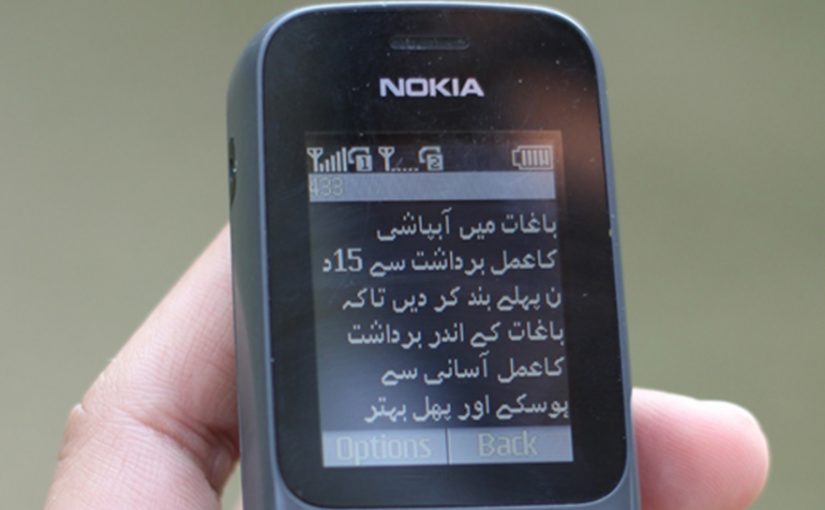 If you can read Urdu, read the text on the accompanying picture and imagine (in case

you can’t read the text, even then imagine!) how would it be if same information is conveyed to the agriculturists using VIDEOS! And imagine if these videos could be seen on cellphone screens of the targeted growers of the targeted area, timed according to relevance and usefulness! Helping the growers and educating them about the latest methods of improving productivity in this manner has the potential of bringing an agricultural revolution in the country! This is the power of wireless broadband – like 3G and 4G!

The accompanying picture is a real-life example where an international donor agency, a provincial government and a cellphone service provider have teamed up to convey important information to peach growers, through SMS. But the text itself acts as a barrier because most farmers are unable to read. Even if they can read, Urdu is not understood in most rural areas. And even if the language is changed to the local one, any text is prone to misinterpretations.On the other hand conveying information with the help of short video clips helps bridge all these issues. Such potential benefits of broadband do not end with agriculture, rather these extend to all vital sectors – e-education, e-health, e-governance, e-commerce, and much more.

In developing countries the greatest impact that broadband makes is in semi-urban and rural areas – in areas where it is difficult to physically deliver pubic services and people have to travel to nearby big cities. Access to e-Services like e-Agriculture not only leads to economic uplift of citizens of those areas, rather it has several side-benefits too, for instance reduction in migration to large cities.

With the handing over of the long awaited licenses for 3G and 4G technologies, wireless broadband is now being rolled out in the country. The handing over of the licenses was a great occasion, although it would not have been such a big deal if the previous administration had not failed – thrice! But now that it has been done (credit to MoIT and PTA) we must remember that if we rest on our laurels, then we are surely wearing those at the wrong place! This is the time to start taking those next steps, so that the new technologies are not just used to download movies and Bollywood songs (although there is nothing wrong with doing that as well) but also to educate and make people more productive. The country as a whole should be able to reap the benefits of an inclusive growth.

Therefore what we require next are those videos that we just mentioned – the “Content” – dubbed in local languages. Such video-clips can be produced either with the help of real actors or with animations (just like those safety videos shown aboard the airliners now-a-days). Content that is meant for every sector of the economy. No doubt that there is a huge amount of very useful content available on the net, but there are several other issues with that. Firstly language would be an issue again, secondly rural folk will find it difficult to search in the vast ocean of internet, and finally (hopefully temporarily) the main source of such content, YouTube, stays blocked in Pakistan! 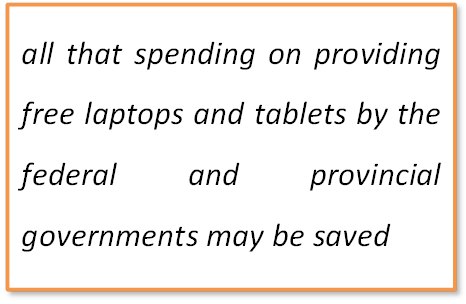 Sooner than most people think, smartphones are going to be the access devices. Big global players are already working hard to make the smartphones affordable, particularly for the large populations of developing economies. Google announced last month at it’s annual developers conference in San Francisco that it was working on a low-cost smartphone aimed at emerging markets as part of an initiative called ‘Android One’ (http://blogs.wsj.com/indiarealtime/2014/06/26/google-to-help-indian-companies-make-cheap-smartphones/). Earlier, Mozilla announced at the Mobile World Congress in Barcelona, that they will help develop a $25 smartphone, which will start selling by next year in India and Indonesia. According to a June 2014 report by Ericsson, globally smartphones accounted for around 65% of all mobile phones sold in first Quarter of 2014, compared to around 50% during same period last year (http://www.ericsson.com/res/docs/2014/ericsson-mobility-report-june-2014.pdf).

With the passage of time, cellphones will be used less and less for voice and more and more for data communications (it is already true in case of those of us who are active users of broadband via cellphones). Kids of the future will be amazed to know that the cellphones were originally created for voice! International Data Corporation (IDC) (http://www.idc.com/getdoc.jsp?containerId=prUS24314413). Worldwide report shows that already 1.5 times more smartphones are being sold than PCs + Laptops + Tablets combined since 2012. By 2017 this figure will be two-times. 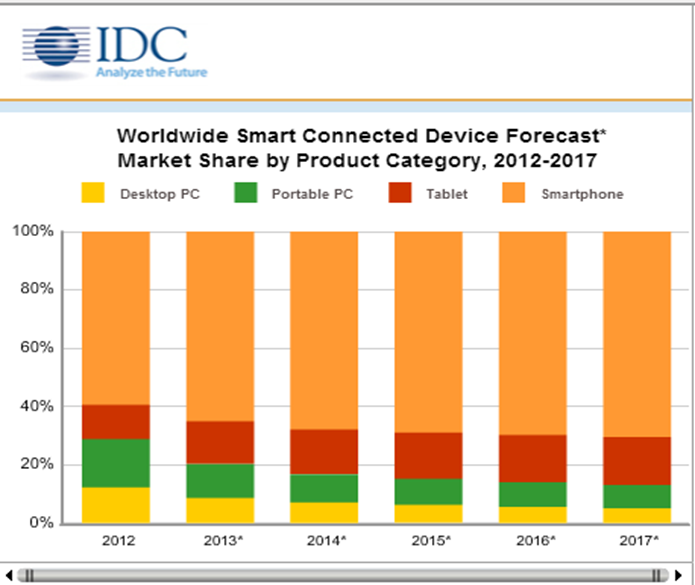 According to a Nokia study, in most of the world 30% of the cellphones are now smartphones, which is rapidly increasing. In Pakistan it is around 10%. But that should not be seen as low because in Pakistan we are only in the introductory phase of wireless broadband.

Thus all that spending on providing free laptops and tablets by the federal and provincial governments may be saved! Instead the efforts should focus on creating that all-important, urgently needed, local content, and making it available to the citizens in a way that they do not have to pay for it (already one-of-the-highest taxes on ICTs in the world, is causing enough harm). But unfortunately on the content front, there are no signs of any activity by the government. We, as a nation, are missing out on a unique opportunity to leapfrog and catch up with many of the developing economies who are galloping ahead riding the broadband wave – including our friends in Africa. When I got invited to the pan-Africa ICT4Ag conference in Rwanda late last year (http://www.piftikhar.com/2013/11/my-first-time-in-rwanda-and-ict4ag-conference/) I had the astonishing opportunity to see firsthand the deep and impactful use of ICTs in Agriculture in some of the African countries.

So here is what the federal and provincial governments need to do (with MoIT providing necessary guidance):

Unless the true potential of wireless broadband is understood, and steps taken to use it – just like several other developing countries are doing – the huge opportunity presented by 3G, 4G, etc. is going to be nothing but a terrible waste…